If anyone who has an event planned for the village and would like it promoting on this website by including it in the "Upcoming events" page then please send details and a jpeg picture of your poster/advert to me at;

Bingo will resume as soon as possible. Information will be posted here as and when it becomes available.

The Village Litter Pick took place on Saturday 26th May.  After coffee at the Village Hall, served by Debbie Gunns,  the group set off around the village.

The majority of the Village was covered and the bags of rubbish taken back to the Village Hall.

The family photo is Jen Anker, from Pre School and Trustee of the Village Hall, and her family, the children picked up the litter along the passageway between School Road and Fenside Close, as well as other areas.

It is hoped to carry out a further litter pick later in the year to cover the outskirts of the village, to clear some of the flytipping in the dykes 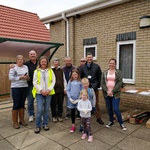 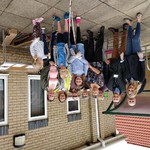 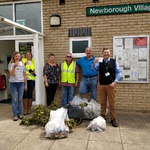